28 Best Quotes About the Old Days: If We Could Only Turn Back Time

Most people over the age of fifteen have some kind of nostalgic feelings about the good old days, whether those days happened five, fifteen, or fifty years ago. We all know this kind of longing isn’t necessarily the healthiest way to live one’s life. But what can we do? Perhaps the answer lies in quotes about the old days.

If you’re anything like I am, you probably yearn for the days of yore. Of course, for most people, nostalgia only goes as far back as they do. People tend to romanticize their own experiences more than anything else. So they find themselves longing to return to their childhood home and be worry-free the way they once were.

Still, most of us know that we’re looking at the past through rose-tinted glasses. The “good old days” were rarely as good as we think they were. If you don’t believe me, let’s hear what smarter people have to say.

28 Most Nostalgic Quotes About the Old Days

Sentimental Quotes About the Old Days of Yore

#1. “I want to turn the clock back to when people lived in small villages and took care of each other.” — Pete Seeger

#2. “He wished he were back in Puerto Rico, where life was simpler for him. Ah, those were the good old days.” ― Jason Medina, The Manhattanville Incident: An Undead Novel

Then all were for the state;

Then the great man helped the poor,

And the poor man loved the great:

Then lands were fairly portioned;

Then spoils were fairly sold:

In the brave days of old.” — Thomas Babington Macaulay

#4. “There are new words now that excuse everybody. Give me the good old days of heroes and villains, the people you can bravo or hiss. There was a truth to them that all the slick credulity of today cannot touch.” — Bette Davis

#5. “We grew up in the good old days before kids had these damn computers and actually played outside.” — Jon Stewart

#6. “I’ve thrown away lots of my old diaries — you never know who might get their hands on them. But I have kept a few notes on the good old days.” — Steffi Graf

Bittersweet Quotes About the Old Days and Great Memories

#7. “I wish there was a way to know you’re in the good old days before you’ve actually left them.” — Andy Bernard, the Office

#8. “I can see how some people get sentimental about how we used to do things in ‘the good old days,’ but in a way, I just think they are being nostalgic for the way they were brought up.” — Michael Bierut

#9. “I do not mean to imply that the good old days were perfect. But the institutions and structure — the web — of society needed reform, not demolition. To have cut the institutional and community strands without replacing them with new ones proved to be a form of abuse to one generation and to the next. For so many Americans, the tragedy was not in dreaming that life could be better; the tragedy was that the dreaming ended.” — Richard Louv

#10. “It happens to everyone as they grow up. You find out who you are and what you want, and then you realize that people you’ve known forever don’t see things the way you do. So you keep the wonderful memories but find yourself moving on.” — Nicholas Sparks

Jokes and Hilarious Quotes About the Old Days

#11. “I come from a long-ago era where men could be men and stereotypical humor didn’t offend anybody.” — Rush Limbaugh

#12. “I am old enough to enjoy a bit of nostalgia but wise enough to know that there haven’t been any ‘good ol’ days’ since Eden (the garden, not the prime minister).” ― Ron Brackin

#14. “Sooner or later, the world will have to return to the good old days when we fought wars and killed people the old-fashioned way, one at a time.” — Andy Rooney

#16. “When people talk about the good old days, I say to people, ‘It’s not the days that are old, it’s you that’s old.’ I hate the good old days. What is important is that today is good.” — Karl Lagerfeld

#17. “We are always yapping about the ‘Good Old Days’ and how we look back and enjoy it, but I tell you there is a lot of hooey to it. There is a whole lot of all our past lives that wasn’t so hot.” — Will Rogers

Taking Off Our Rose-Tinted Glasses: Realistic Quotes About the Old Days

#18. “Sometimes, people think the old days were better than today. Even though life was simpler and slower, it was not necessarily easier.” ― Eraldo Banovac

#19. “The good old days, when each idea had an owner, are gone forever.” — Paulo Coelho

#20. “They wrote in the old days that it is sweet and fitting to die for one’s country. But in modern war, there is nothing sweet nor fitting in your dying. You will die like a dog for no good reason.” — Ernest Hemingway

#21. “If anyone thinks they’d rather be in a different part of history, they’re probably not a very good student of history. Life sucked in the old days. People knew very little, and you were likely to die at a young age of some horrible disease. You’d probably have no teeth by now. It would be particularly awful if you were a woman.” — Elon Musk

#23. “The expression ‘there is nothing like the good old days’ does not mean that fewer bad things happened before, but fortunately, that people tend to forget about them.” — Ernesto Sabato

#24. “In every age, ‘the good old days’ were a myth. No one ever thought they were good at the time. For every age has consisted of crises that seemed intolerable to the people who lived through them.” — Brooks Atkinson

Quotes About the Old Days and Working Toward a Better Tomorrow

#25. “The good old days were never that good, believe me. The good new days are today, and better days are coming tomorrow. Our greatest songs are still unsung.” — Hubert Humphrey

#26. “Say goodbye to the oldies but goodies because the good old days weren’t always good, and tomorrow ain’t as bad as it seems.” — Billy Joel

#28. “Forget about what you used to do. Don’t make those same mistakes again. Everybody says, ‘Oh the good old days’ — the good old days are right this second! This moment controls the next moment.” — Jack Lalanne

Even I sometimes feel as though all the best things have already been said, the best songs already sung. Like most people, I often wonder if I was truly meant to live in these times or if I had been born too late. Wouldn’t it have been so much more romantic to live in the age of epic battles and knights?

If fantasizing about medieval ages isn’t your thing, put yourself into another period of history that more suits your taste. Think of the Victorians with their glorious gowns, glamorous parties, and prudish ideas. Or think of the charming slang, burger joints, and awesome tunes of the ’50s!

Obviously, when you really look into these eras, you’ll find that they weren’t all sunshine and rainbows. So the real purpose of these quotes about the old days is to realize that we can always change for the better. We can take all of these things we miss about the past and bring them into the future. Conversely, we can acknowledge everything that wasn’t so great and make sure we never repeat that again. 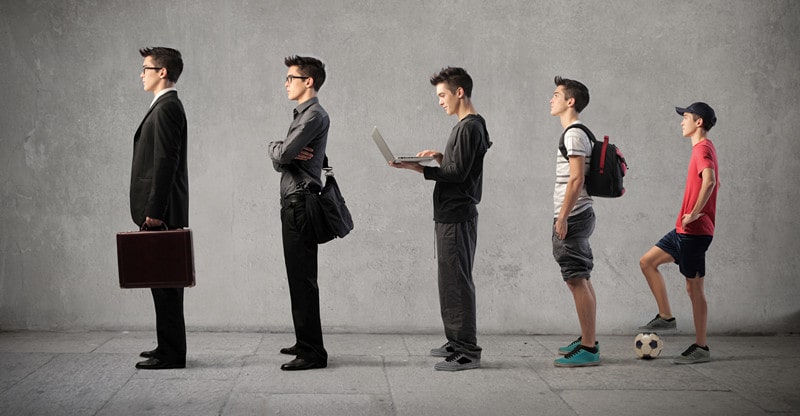 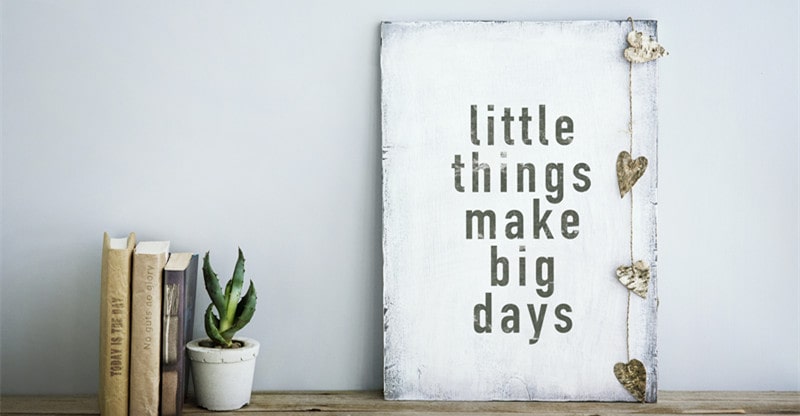 50 Most Famous Sayings in History: Things We Say in Life Might Echo in Eternity 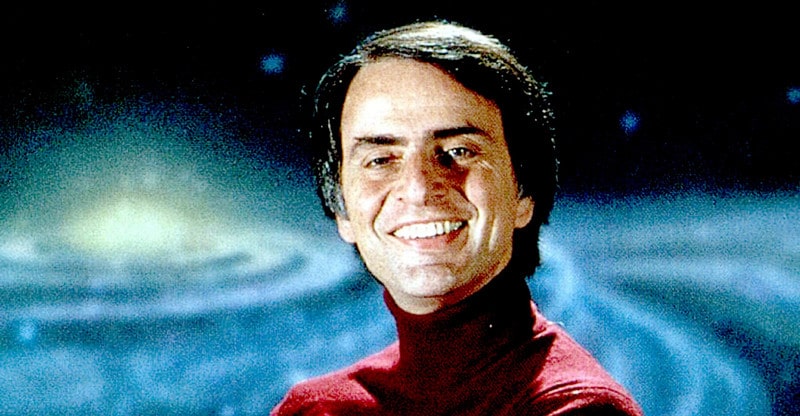 34 Meaningful Carl Sagan Quotes About Earth: Why Our Planet Is Worth Saving 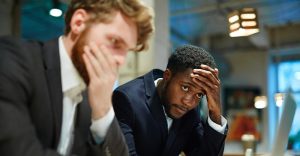 29 Quotes About Losing Hope That Will Help Restore Your Faith 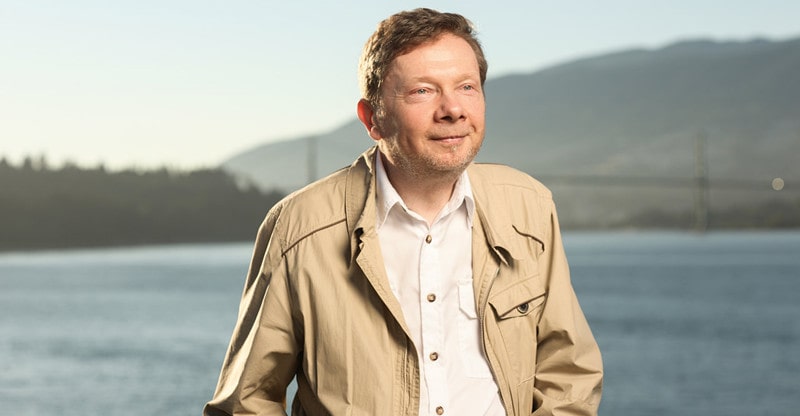 28 Best Hard-Working Woman Quotes: This World Was Built on the Backbone of Women

Dogs, Cats, and Drugs: When and Why Might Your Pet Need Sedatives?